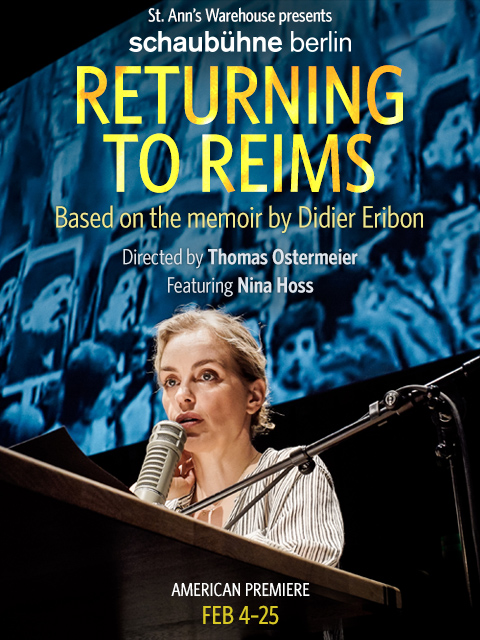 “Rich food for thought… Infused with anguished passion…
Likely to keep talking in your head the next morning…” —Ben Brantley, The New York Times

A sound studio. An actress records a voiceover for a documentary.  Philospher Didier Eribon, returning to his childhood home, discovers that the left-wing and liberal middle-class have abandoned the working-class, and workers are running into the arms of the right-wing National Front. How have things come to this? As populism marches around the globe, does political activism still have a role to play?

Featuring Homeland’s Nina Hoss in a “magnetic” performance, director Thomas Ostermeier “turns the stage into a source of living debate … a poignant political drama about change and the left’s disregard of the working class.” (The Guardian). 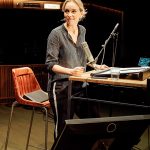 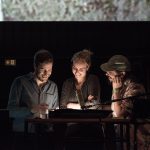 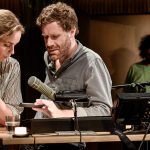 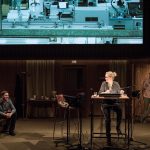 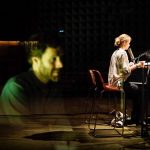 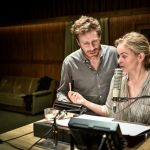 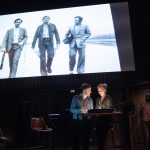 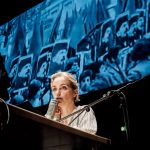 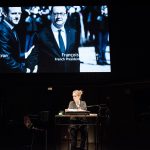 Rich food for thought... Infused with anguished passion... A journey that prompts its own, outward-reaching odyssey of self-examination...Mr. Ostermeier … [who seems] not so much to push envelopes as to rip them apart... Likely to keep talking, and talking, in your head the next morning.
–THE NEW YORK TIMES
Read the full review here>>

Exhilarating...frightening, enraging, and absolutely necessary... The accelerating pound of Nils Ostendorf's music matched my own pulse as shots of adrenaline coursed through my veins.... [Nina] Hoss's own subtle witchcraft... feels like she is whispering secrets to us that cannot be said aloud in polite society.
–THEATERMANIA
Read the full review here>>

Take[s] powerful, hypnotic hold... A plea for truth and reconciliation... An enthralling, prodigiously smart piece of live performance that’s part theater, part audiobook, part film.... a moody, beautifully shot mini-documentary... The only way through the dark is to face the ghosts, to face each other, and to take the time to listen.
–NEW YORK MAGAZINE
Read the full review here>>

Nina Hoss is magnetic… Ostermeier extends the boundaries of political theatre by turn[ing] the stage into a source of living debate.
–THE GUARDIAN
Read the full review here>>

Bold, committed and infinitely resonant. Erebon tackles the most pressing issues of our day. Catch it while you can. You won't forget it.
–WHATS ON STAGE
Read the full review here>>

Returning to Reims: Superb social & political commentary on the rise of the right & social elite a must see!

Calm intensity of #ReturningToReims so captivating - didn't want it to end. Much to keep thinking about.

#ReturningToReims is a brilliant watch. Go see before it's gone!