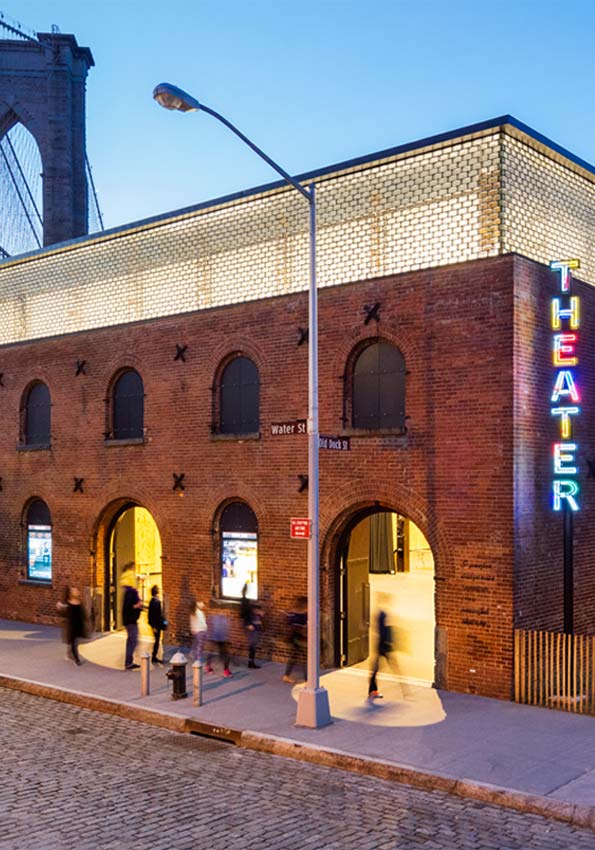 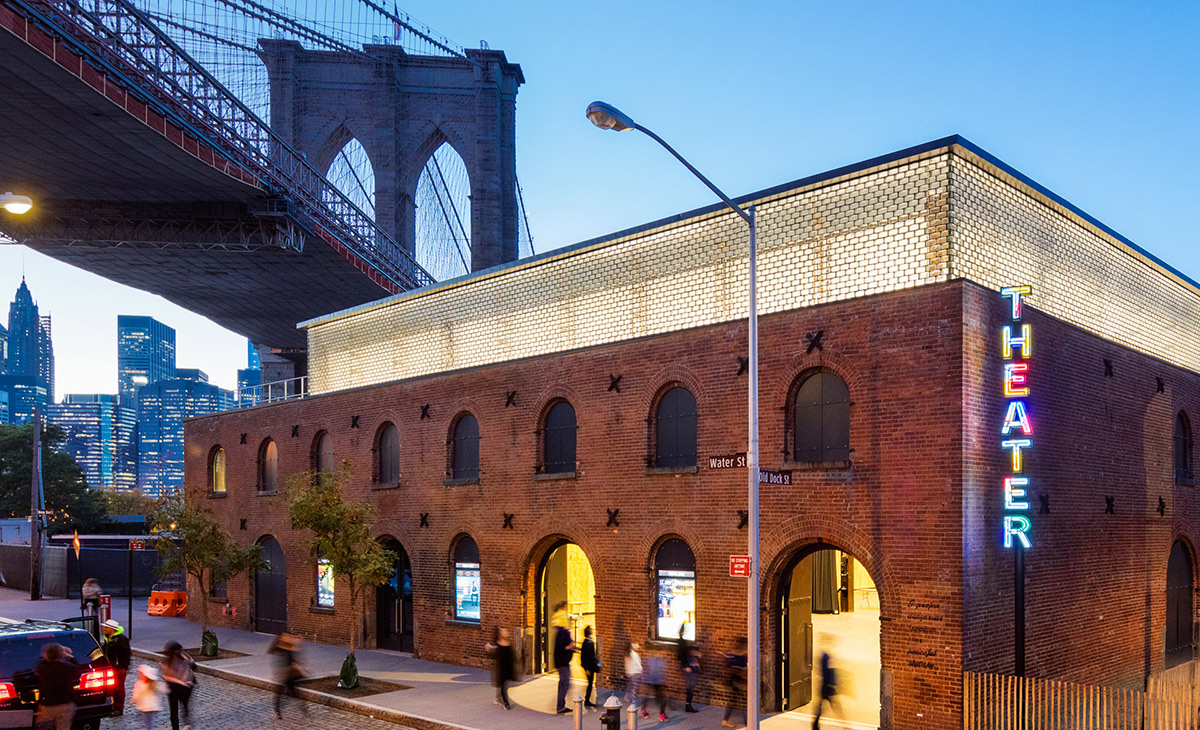 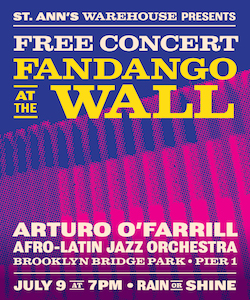 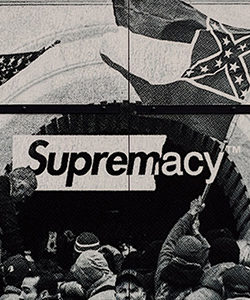 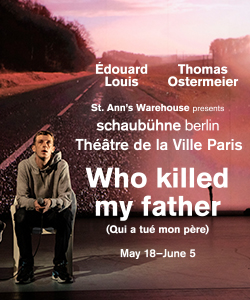 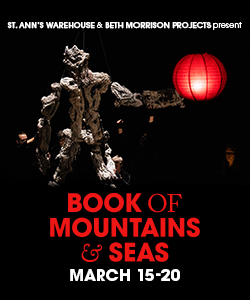 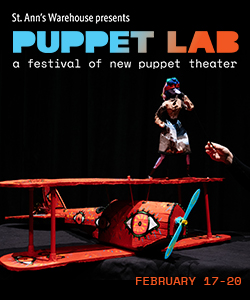 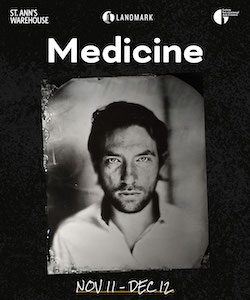 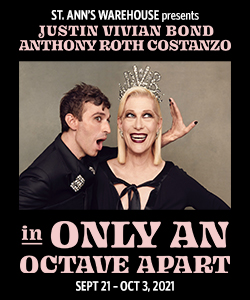 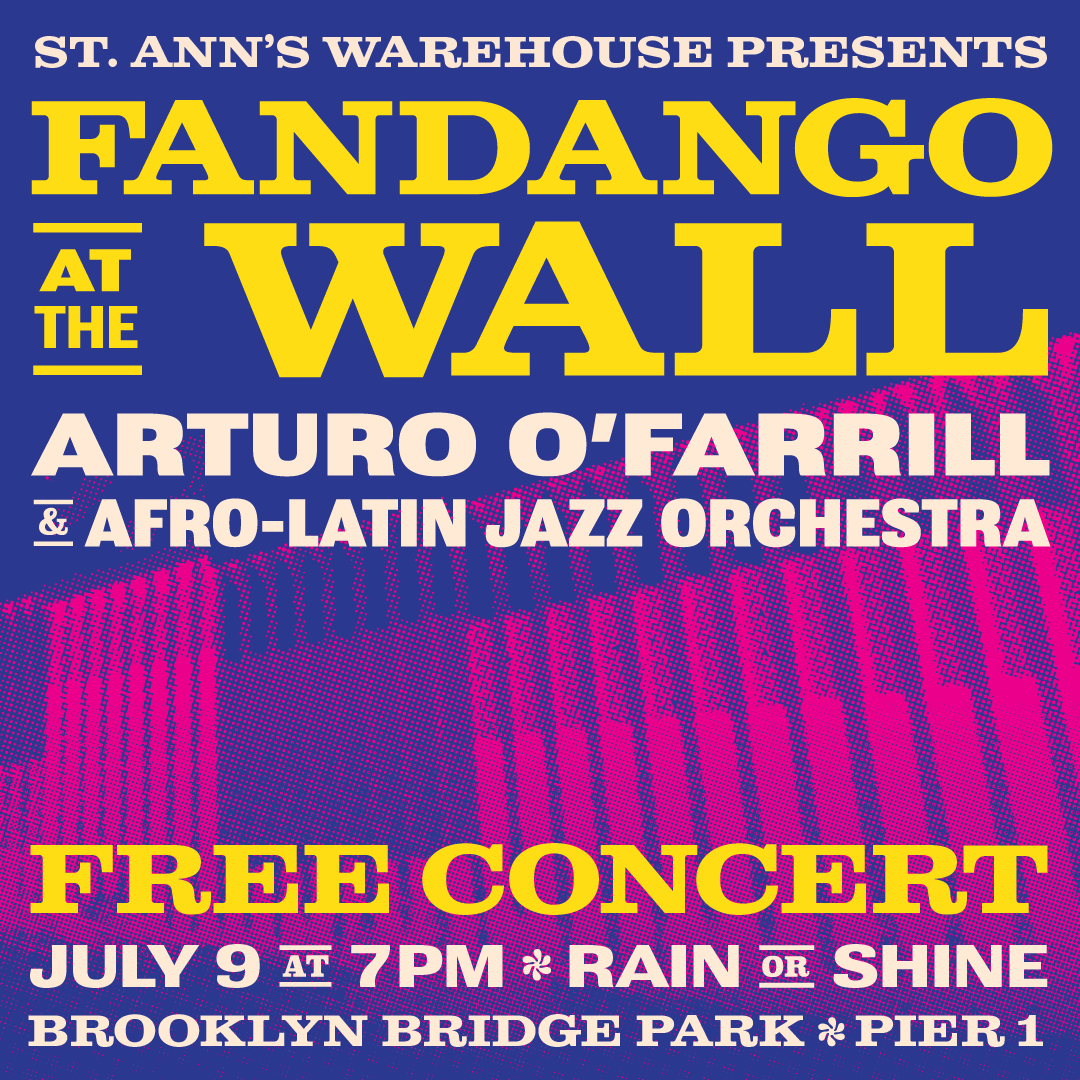 Arturo O’Farrill & 30 Musicians From The U.S., Mexico And Beyond Reunite To Celebrate A Lush Blend Of Jazz Big-Band And The 300-Year Old Son Jarocho Sound Of Mexico. Fandango At The Wall IS INSPIRED BY A Cross-Border Fandango, Or Jam Session, That Has Been Performed Annually  On Both Sides Of The Tijuana/San Diego Border Wall Since 2008. 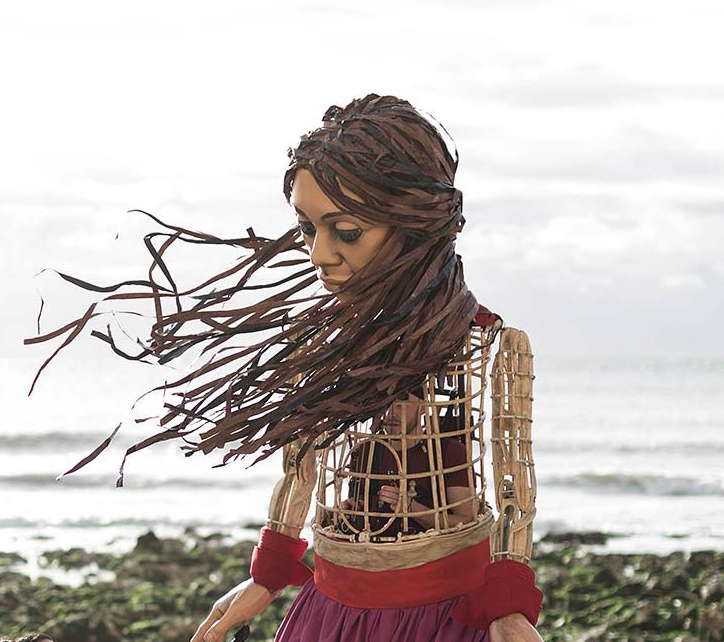 Amal, whose name means “Hope” in Arabic, is a 12-ft tall puppet of a 10-year-old Muslim girl and Syrian refugee, who, last fall, captivated the world by walking 5,000 miles across Europe, from the Syrian border in Turkey to the UK in search of her mother. On her five-month journey, Amal crossed eight countries and was welcomed by sixty-five villages, towns, and cities, and millions of people.

Now an international symbol of human rights, especially the plight of refugees, Amal comes to New York City this September in search of her Uncle Samir and the America idealized by the Statue of Liberty. In a massive communal undertaking—part street festival, part public art initiative—she will cross bridges and take ferries, traveling through all five boroughs, while being greeted by local communities with celebratory performances and acts of welcome.

Amal’s momentous New York visit anchors a three-part series of productions that St. Ann’s Warehouse champions to connect with America’s historic promise to embrace immigrants, kicking off with FANDANGO AT THE WALL—a free concert in Brooklyn Bridge Park on July 9—and the highly anticipated return of THE JUNGLE in February 2023, following its triumphant, sold-out run in 2018. 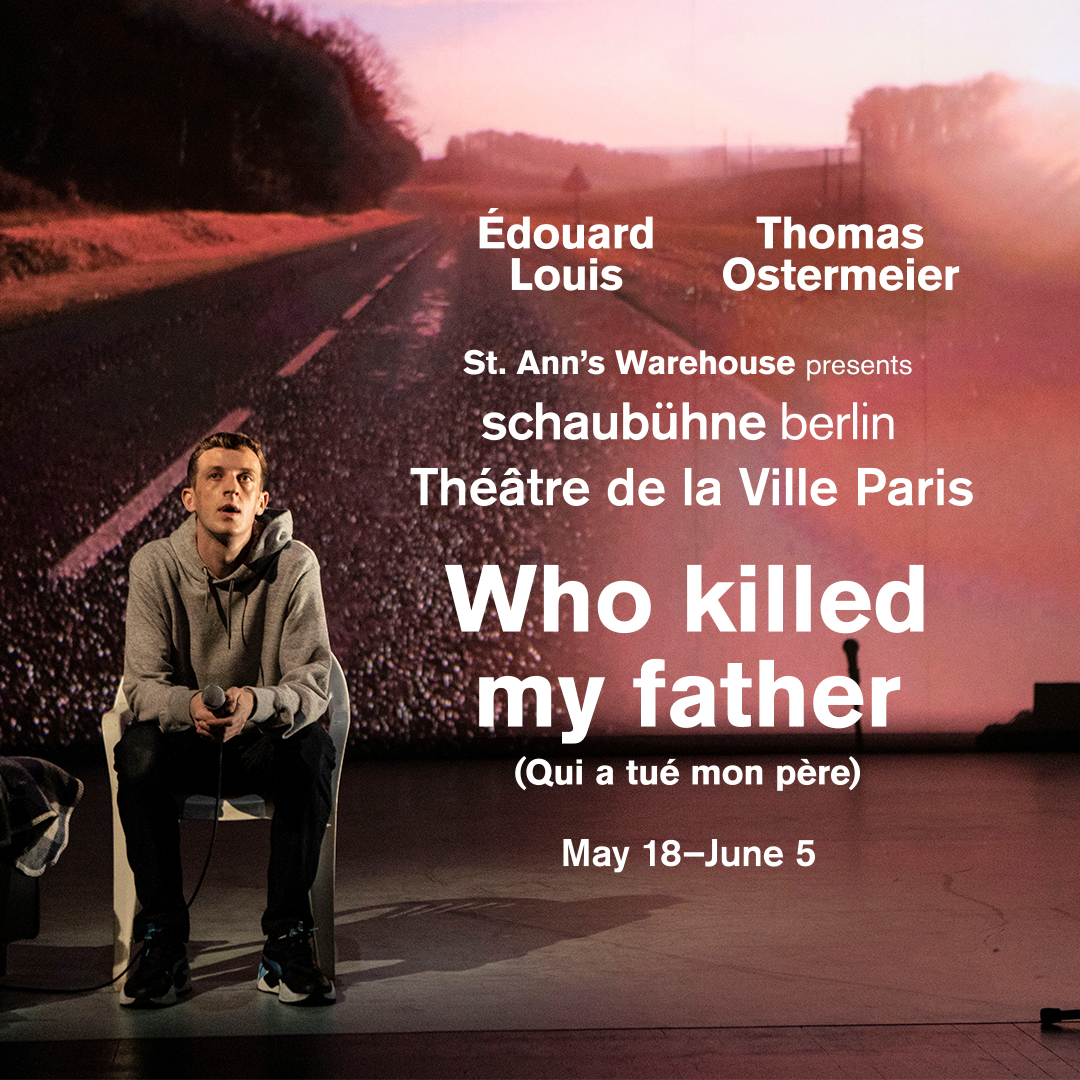 ST. ANN’S WAREHOUSE RE-TEAMS WITH SCHAUBÜHNE BERLIN TO PRESENT THE U.S. PREMIERE OF WHO KILLED MY FATHER (QUI A TUÉ MON PÈRE), WRITTEN AND PERFORMED BY ÉDOUARD LOUIS AND DIRECTED BY THOMAS OSTERMEIER.

Who Killed My Father reunites the internationally acclaimed French author and celebrated German director following their “brutal and bracingly intimate” (Time Out New York) collaboration on the theatricalization of Louis’ autobiographical novel History of Violence, a Schaubühne production that St. Ann’s Warehouse introduced to American audiences in 2019.

I’LL BE SEEING YOU
A CELEBRATION OF HAL WILLNER

On April 6, 2022, friends and family gathered at St. Ann’s Warehouse to celebrate the life of Hal Willner, music producer extraordinaire. The private event featured a concert in the spirit of Hal, with artists, musicians, and some of Hal’s closest collaborators coming together to honor their dear friend. 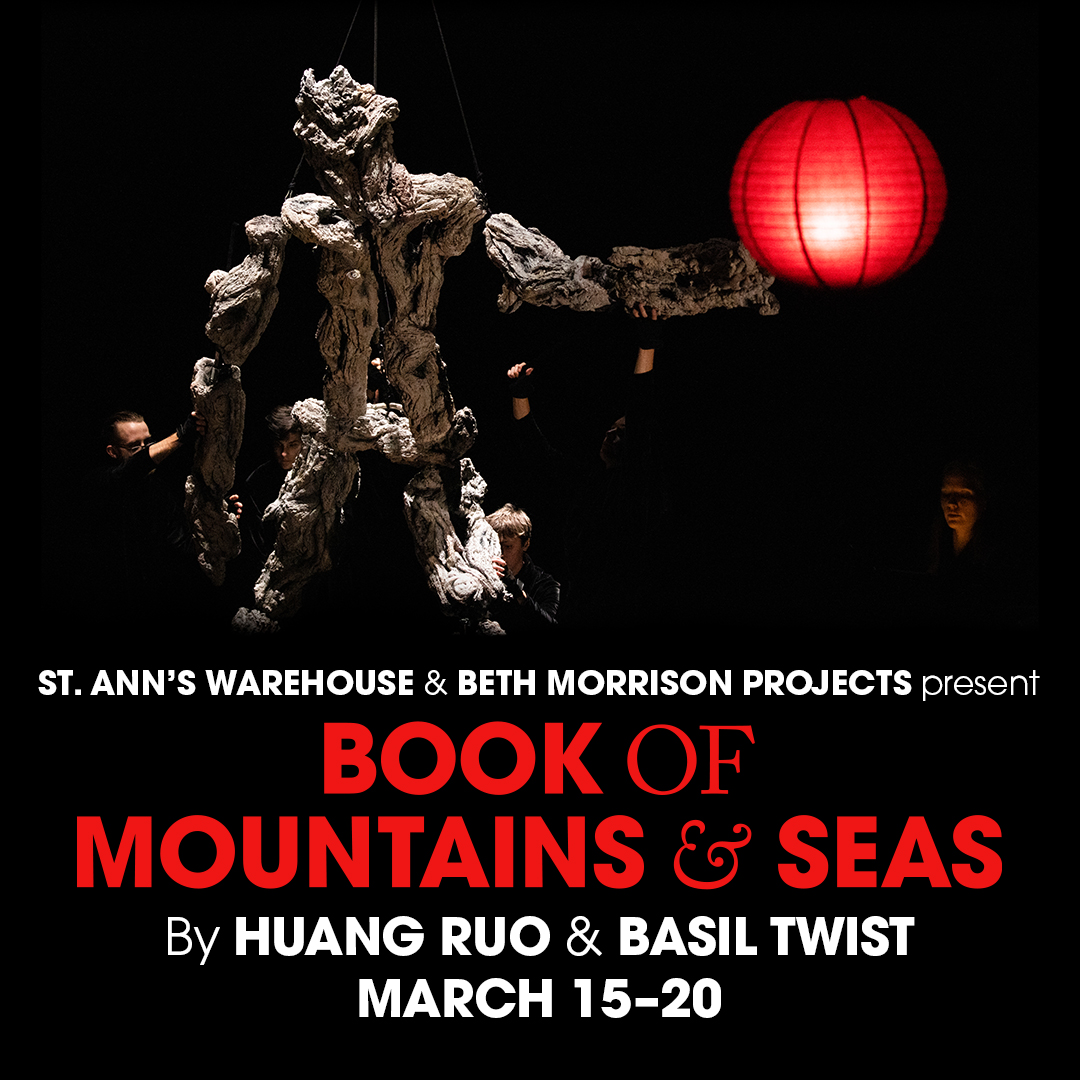 We’re thrilled to re-join efforts with Beth Morrison Projects to finally bring Huang Ruo and Basil Twist’s Book of Mountains & Seas to Brooklyn for six performances only, March 15–20. Tickets are now on sale.

Those who previously had tickets should have been contacted by a member of our Box Office regarding re-booking their seats. If you have any questions, please email [email protected] or call 718-254-8779. 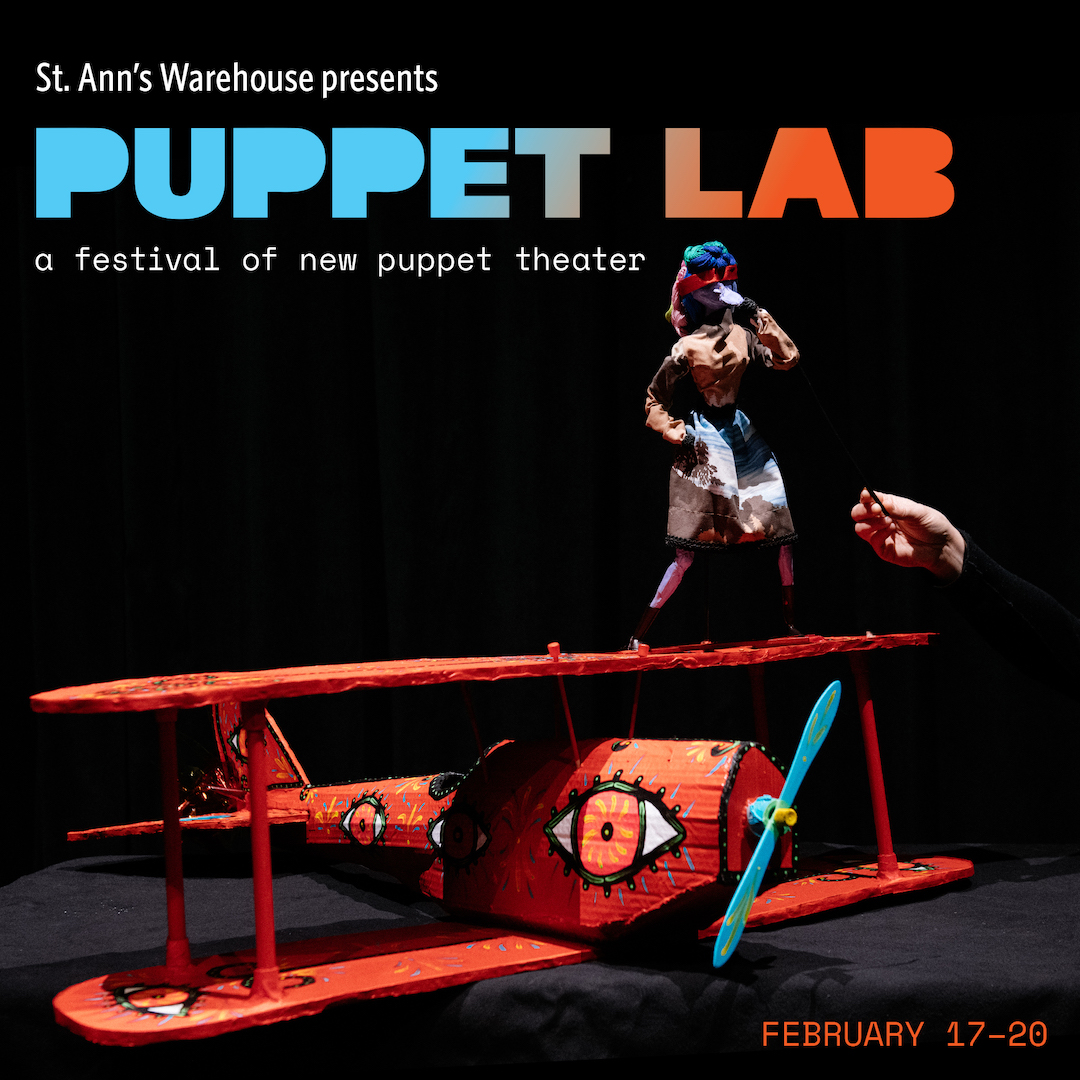 UP NEXT: PUPPET LAB
A FESTIVAL OF NEW PUPPET THEATER

For the past two years, throughout the pandemic, the hand-picked artists of St. Ann’s Puppet Lab have toiled virtually—tirelessly creating and pushing the envelope on experimentation within the form. Now, finally, live and in person, they and their puppets are ready for their debut! 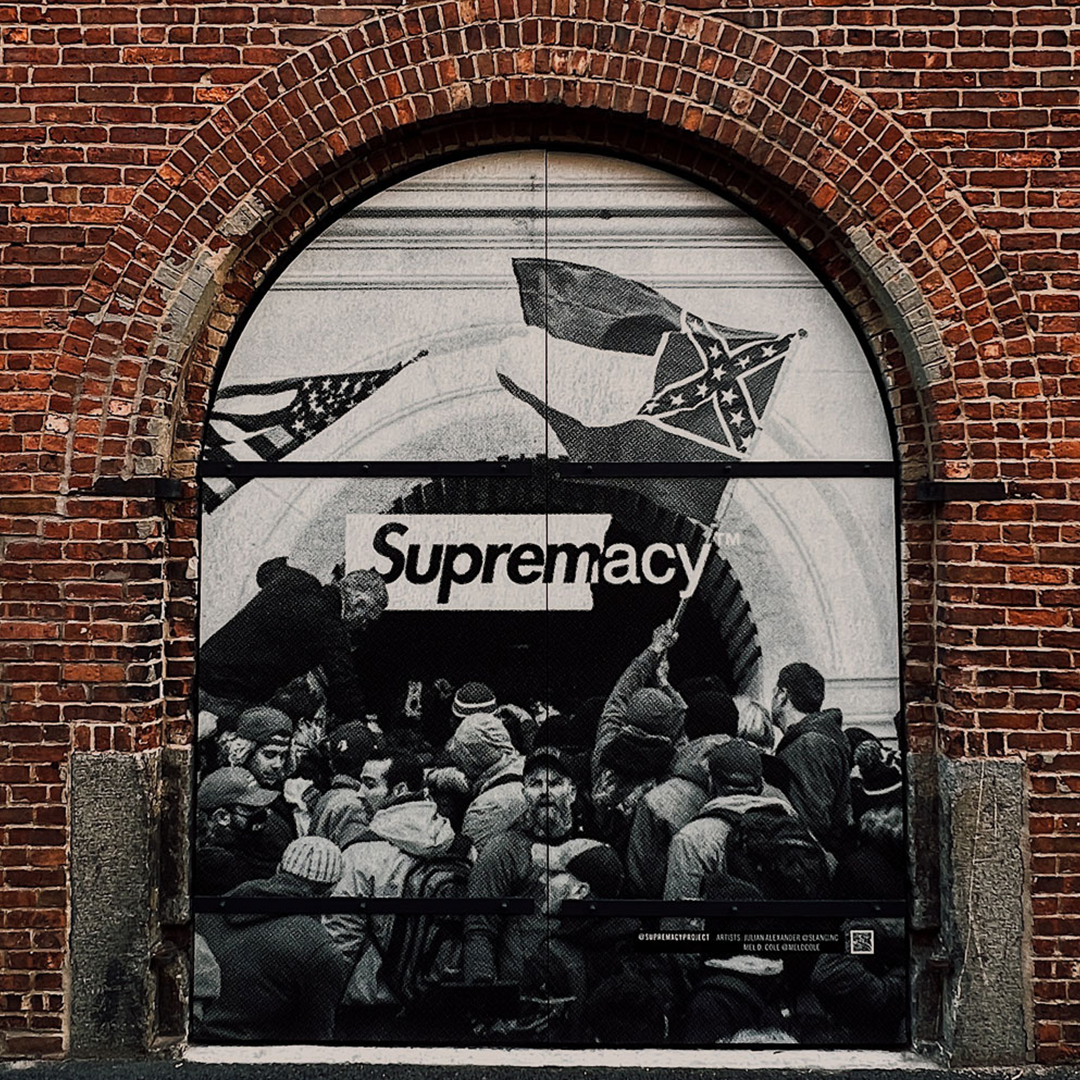 SUPREMACY: WHO PROTECTS ME FROM YOU?
and WE THE PEOPLE

Supremacy Project addresses the systemic oppression and violence BIPOC communities are fighting to end through art, and encourages engagement in a “close examination of broken systems, marginalized communities, and the reordering of shared values.” – Forbes. 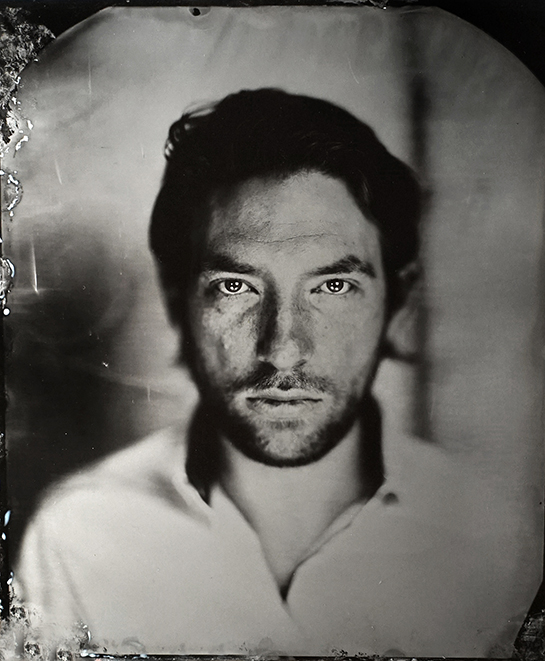 St. Ann’s Warehouse has long been the New York home for playwright Enda Walsh, whom The New York Times has called “one of the most fiercely individual voices in the theater today.” Walsh returns to the Brooklyn waterfront theater to direct the American premiere of his searing, critically lauded new play Medicine, a co-production by longtime St. Ann’s partners Landmark Productions and Galway International Arts Festival, with a star-studded cast led by Domhnall Gleeson and including Clare Barrett, Aoife Duffin, and percussionist Seán Carpio 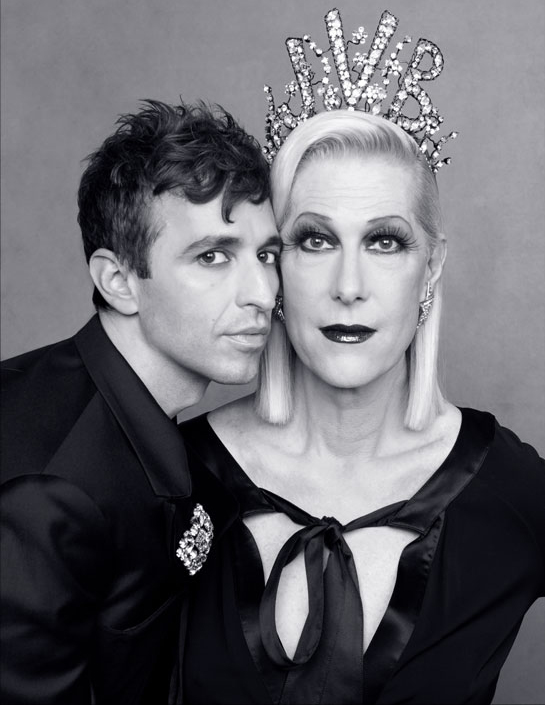 The two icons join forces in a staged concert colliding the high and low:
countertenor and counterculture, opera and pop, historical and hysterical. 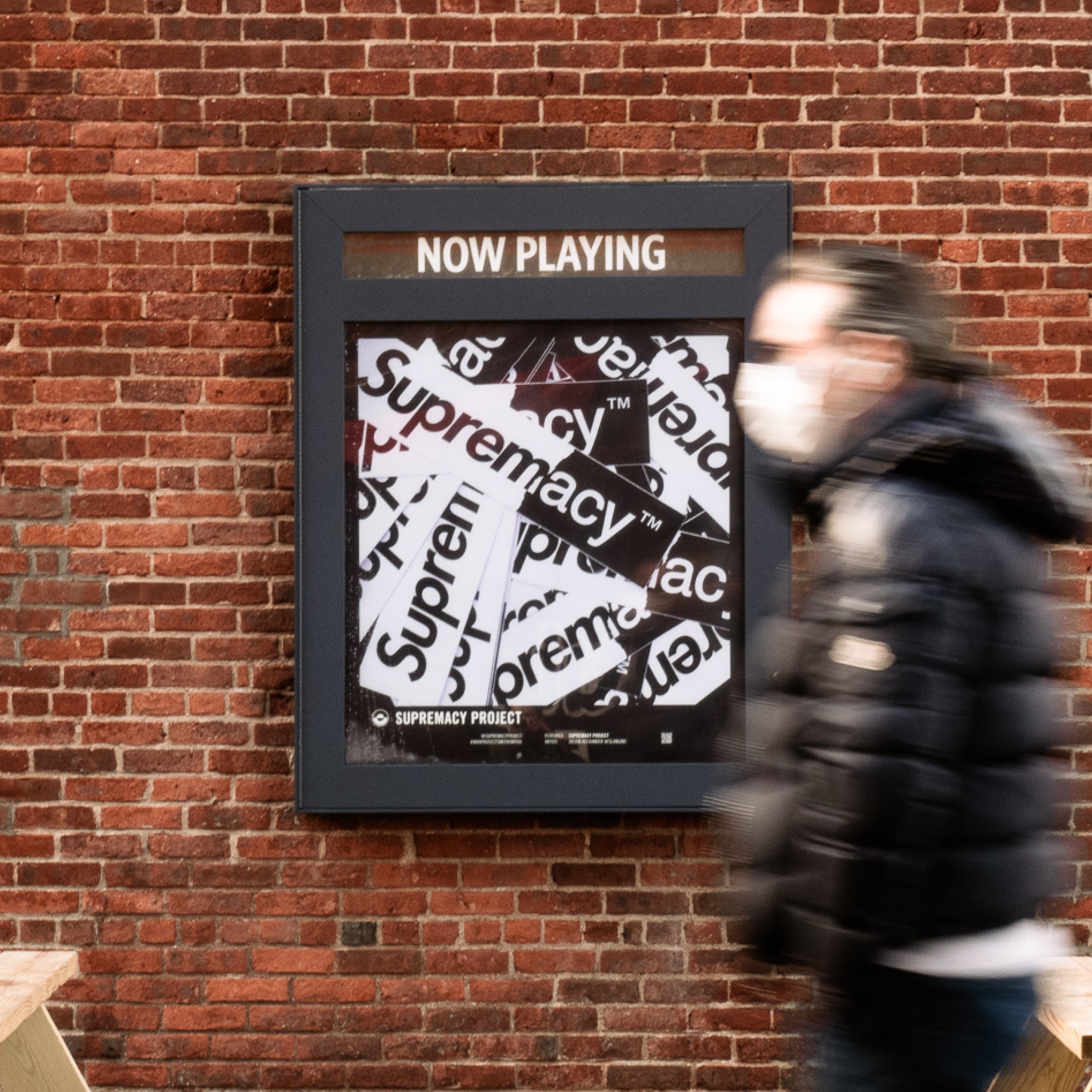 SUPREMACY: WHO PROTECTS ME FROM YOU?

Supremacy Project Captures the Omnipresence of Injustice in Our Country with Striking Imagery and Text.

Now on view, the installation draws on the powers of photography, design, poetry, and branding to evoke the ubiquitous nature of injustice in American society. It comprises two exhibitions: Michael T. Boyd’s Lost Ones. Culture Found., which reexamines the legacy of widely known victims of police brutality and hate crimes, on the building’s Water Street facade; and Julian Alexander and photographer Steven “Sweatpants” Irby’s Supremacy: Who Protects Me From You?, which illuminates the systemic inequities at the core of our government, on the Dock Street exterior of St. Ann’s Warehouse. CLICK TO LEARN MORE 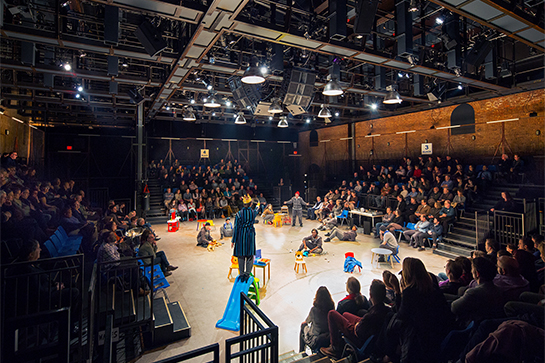 As New York emerges from the wake of the pandemic, St. Ann’s is taking extensive measures to keep one another safe with guidance from NY City and the NY State Department of Health. We will create a gentle, low-risk environment as we reunite to enjoy the performing arts together again live.

You came, you streamed, you conquered the films! Now stream these conversations on-demand at your convenience. As Producer Kate Pakenham begins, “Isn’t it nice to be in this room together?”

TRILOGY TALKS
Come check in with our heroines of The Shakespeare Trilogy about what they’ve been up to since we last saw them on stage. Join creators and cast members as they reflect on how “all-female” Shakespeare inspired them and changed the world. CLICK TO WATCH 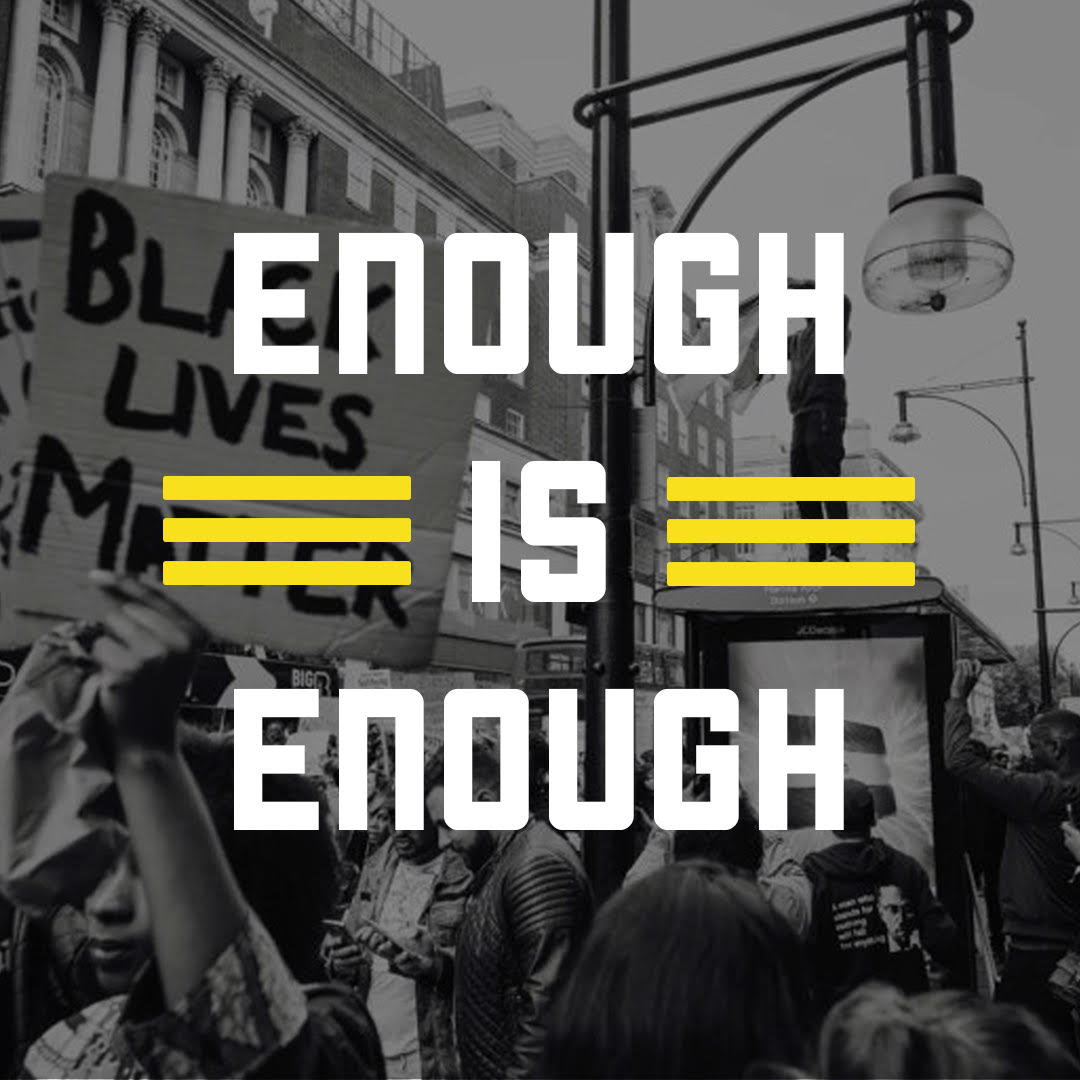 St. Ann’s Warehouse stands in solidarity with #BlackLivesMatter in its mission to “eradicate white supremacy and build local power to intervene in violence inflicted on Black communities by the state and vigilantes…. [to combat and counter] acts of violence, creating space for Black imagination and innovation, and centering Black joy.”

We condemn the murder of George Floyd, the latest in a long history of Black lives lost to state-sanctioned violence in this country.

We also condemn anyone who would pervert the message and mission of BLM in order to deflect from the toxic wrongdoing and injustice at hand, which continues to threaten the very lives of friends, family members, and neighbors. It’s an old trick that perpetuates blaming the victim and undermines every fabric of civil society. 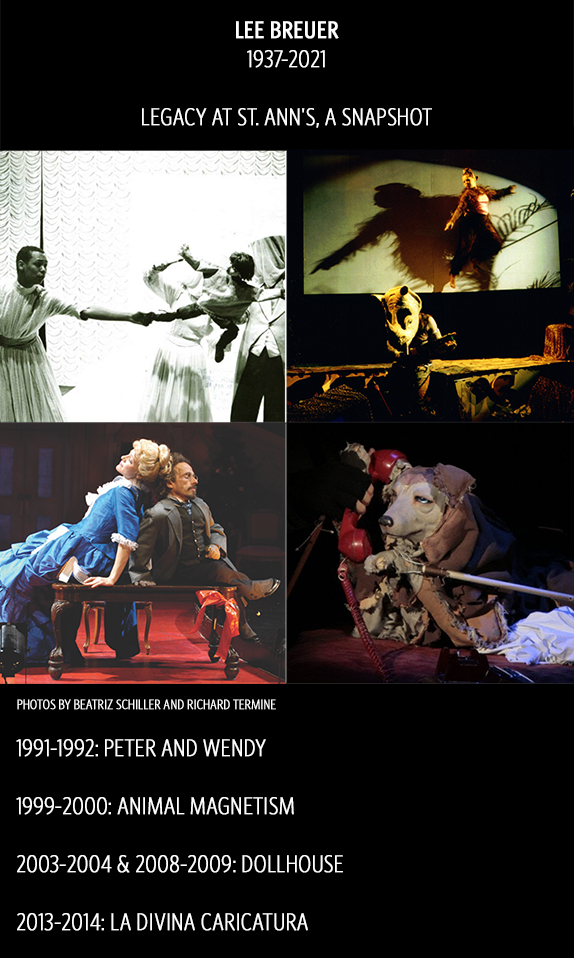 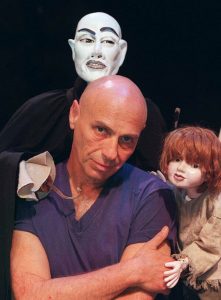 Lee Breuer, an acclaimed and influential director who over a half-century in New York’s downtown theater scene blended genres in extravagantly experimental productions, often with Mabou Mines, the avant-garde troupe he helped found, died on Sunday at his home in Brooklyn Heights. He was 83.

His wife and artistic partner, the actress Maude Mitchell, confirmed his death. He had had advanced kidney disease and metastatic lung cancer.

A tenacious outsider who refused his sole Tony Award nomination — for his biggest hit and only Broadway show, the Sophocles adaptation “The Gospel at Colonus” — Mr. Breuer flourished in the scrappier realm of Off-Off-Broadway even as the scale of his works and ambitions took him to larger stages, including the Brooklyn Academy of Music, the Delacorte Theater in Central Park and the Comédie-Française in Paris.

“How much of the game do you have to play, and how much can you play against the game?” he said in a 2011 interview. “That’s an enormous question, and it’s a question that’s been part of my life, always.”

Mr. Breuer reveled in colliding the comic with the tragic, the classical with the vernacular, layering in music, and Bunraku puppetry. He was widely known in recent years for “Mabou Mines DollHouse,” a recalibration of Ibsen’s classic that opened at St. Ann’s Warehouse in Brooklyn and toured internationally, with a cast of average-size women opposite men no more than four and a half feet tall.

Mr. Breuer’s audiences had to be willing to embrace, or at least shrug off, some quantity of abstruseness in his productions. Yet there was often a rapturous, cacophonous beauty to them. At their best they worked on spectators like enchantments — as in “DollHouse” (2003), which he adapted with Ms. Mitchell, who played Nora; the wondrous, child-friendly “Peter and Wendy” (1996), adapted by Liza Lorwin from “Peter Pan”; and the kaleidoscopic fantasia “La Divina Caricatura, Part 1, The Shaggy Dog” (2013), which Mr. Breuer also wrote. READ MORE 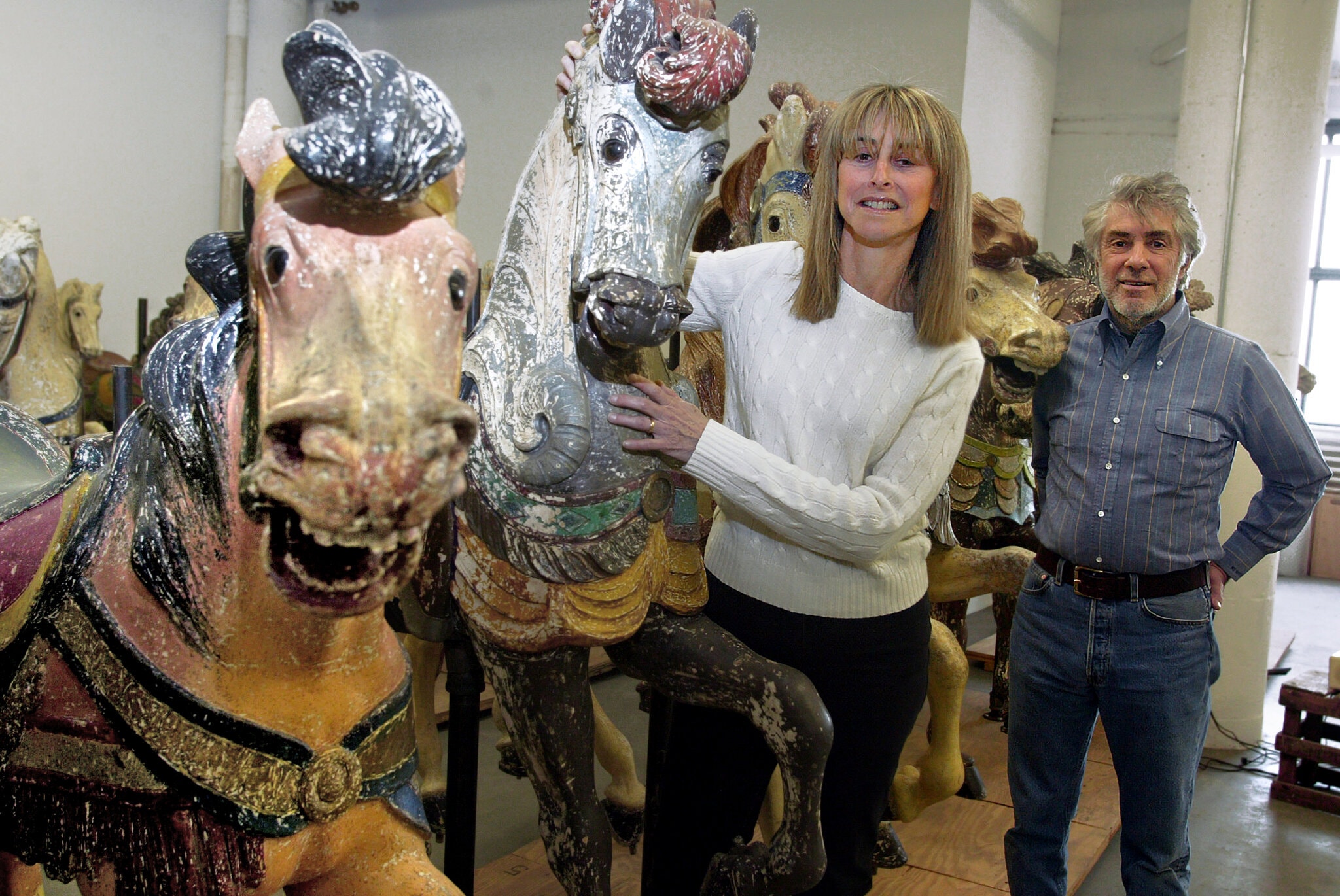 The Board and staff of St. Ann’s Warehouse mourn the passing of our dear friend Jane Walentas. A beautiful soul with a savvy mixture of pragmatism and creativity, Jane’s kindness, warmth, and singular style were inspirational.  Jane epitomized the spirit of DUMBO, which she, her husband, David, and son Jed, pioneered into a vibrant waterfront neighborhood and cultural destination. Jane’s Carousel, which she meticulously restored over twenty years, testifies to Jane’s vision for making public spaces festive and alive.  Jane, we are so grateful for your friendship and love and all that you gave to the life of St. Ann’s Warehouse. We will continue to see you everywhere.  We offer our deepest love and compassion to David and Jed for this devastating loss. Bells should toll for our First Lady of DUMBO.

Susan Feldman, the board and staff of St. Ann’s Warehouse; Janine Nichols and all the former staff members of Arts at St. Ann’s, mourn the loss of our dear friend Hal Willner, music producer extraordinaire, unbounded creative force, consummate aficionado of eclectic, exquisite musical taste and 1950’s TV. From our beginnings, he worked a wondrous alchemy of artists and concepts in Halloween and tribute concerts of lasting and elegant impact. Harry Smith Project, Greetings from Tim Buckley, among many, changed lives. A seeming chaos was always the special sauce in a Hal Willner show. We will miss you, dear soul. We offer our sincerest support and love to Sheila and Arlo.