The Wooster Group "The Didone" 2009 – Photo by Paula Court

Cynthia Hopkins "The Success of Failure (Or, The Failure of Success)" 2009 – Photo by Paula Court 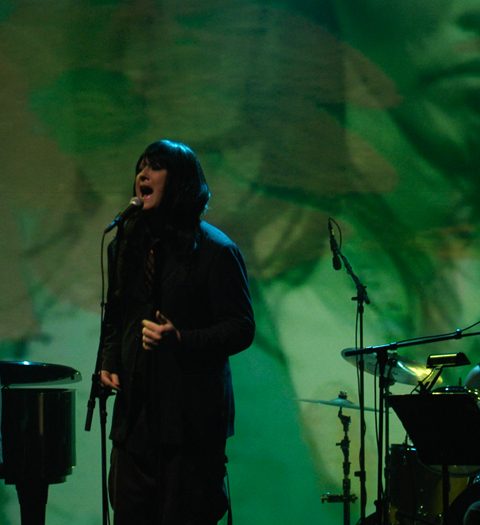 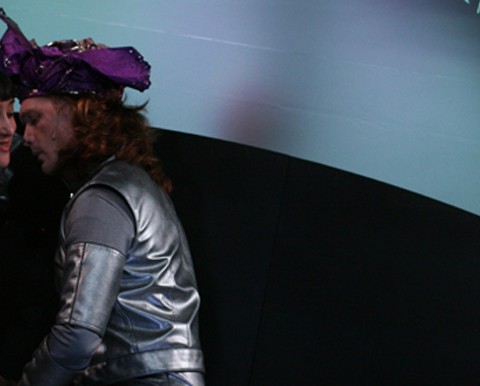 The Wooster Group "The Didone" 2009 – Photo by Paula Court 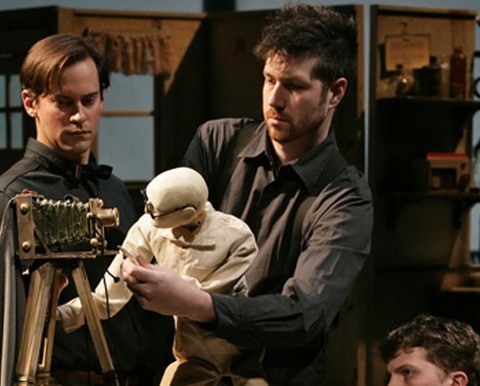 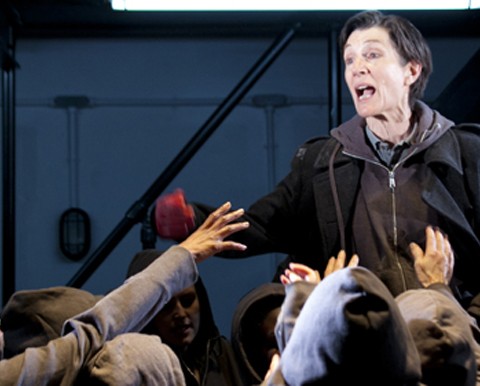 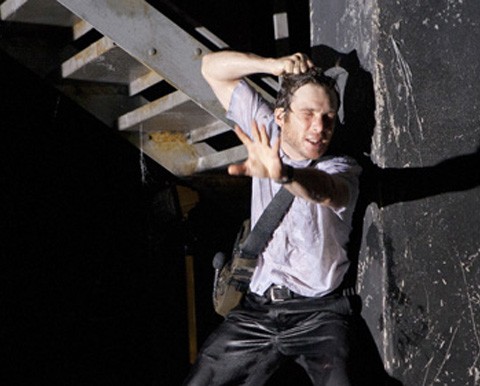 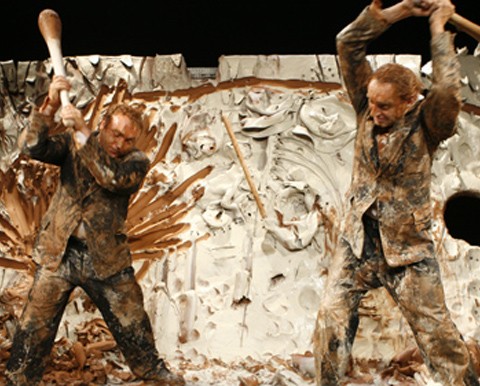 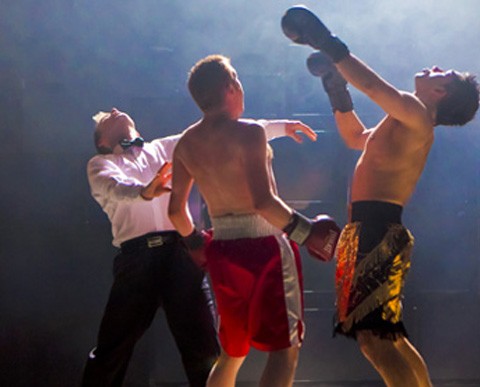 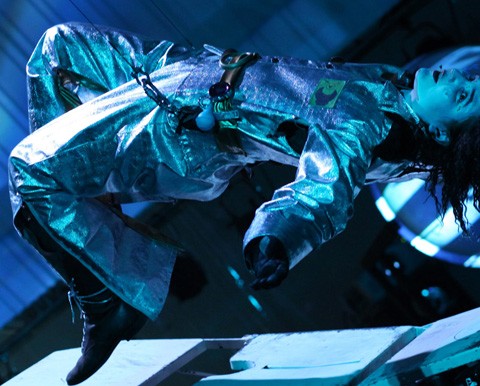 Cynthia Hopkins "The Success of Failure (Or, The Failure of Success)" 2009 – Photo by Paula Court 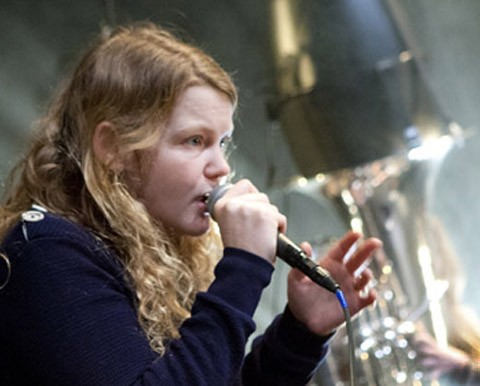 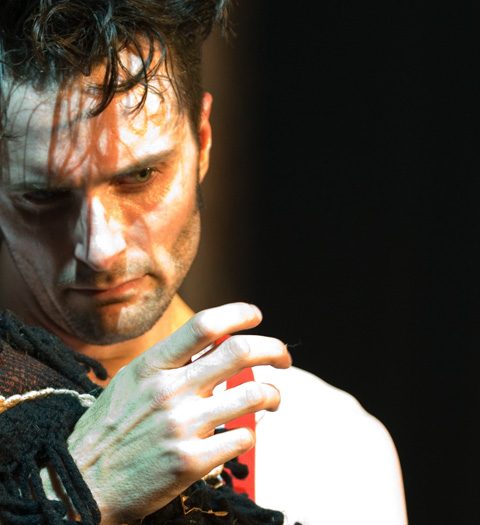 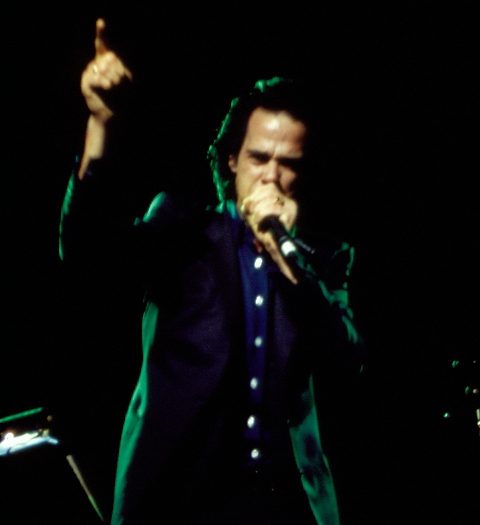 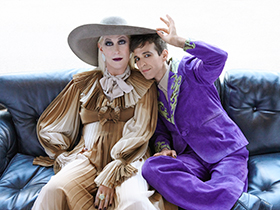 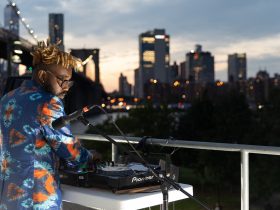 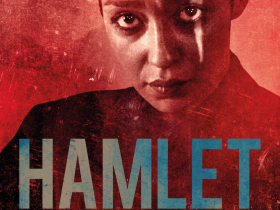 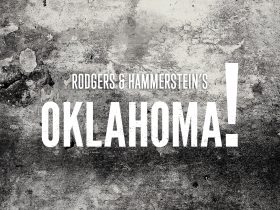 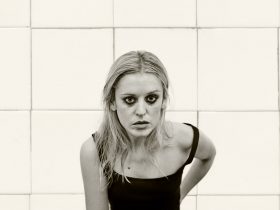 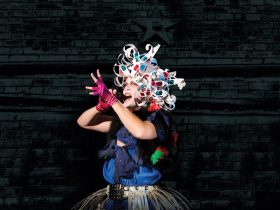 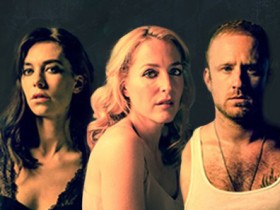 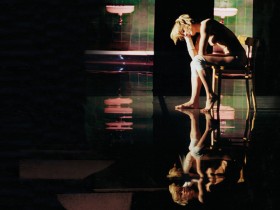 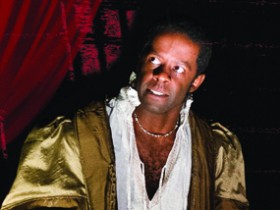 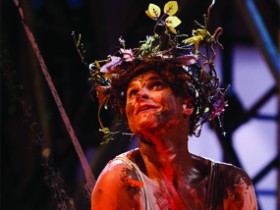 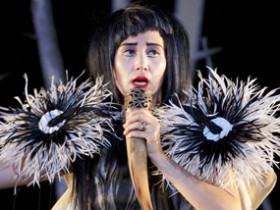 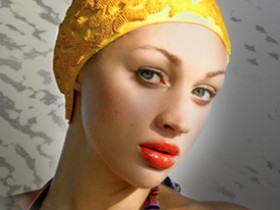 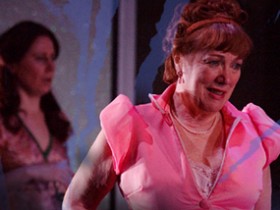 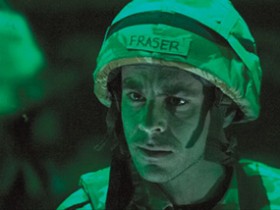 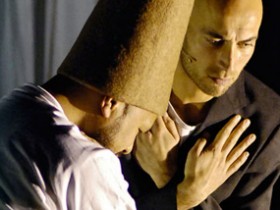 The original home of Arts at St. Ann’s (now St. Ann’s Warehouse) was the National Historic Landmark Church of St. Ann and the Holy Trinity on Montague Street in B­rooklyn Heights. For twenty-one years, St. Ann’s presented a broad and determinedly eclectic array of concert and theater performances in the church’s Gothic Revival sanctuary. In addition, the organization raised approximately $4 million dollars for the building’s restoration, including its historic stained glass windows by William Jay Bolton, the first made in America.

Beginning in 1980, much of St. Ann’s early programming was based on classical music—choral and opera programs, noonday organ recitals, performances by TASHI, THE ACADEMY OF ANCIENT MUSIC and others. St. Ann’s had a surprising and defining early success with its staging of the first American puppet opera, AMY TROMPETTER’S production of Rossini’s THE BARBER OF SEVILLE, with the Brooklyn Opera Society in 1983. Trompetter’s enchanting production was ecstatically revived on its 20th anniversary at St. Ann’s Warehouse in 2003. In 2007, it played again to sold-out houses in a new German version at the Festspielhaus St. Polten just outside ofVienna,Austria.

The CHAMBER MUSIC SOCIETY OF LINCOLN CENTER, under Artistic Director CHARLES WADSWORTH, offered preview concerts at St. Ann’s from 1981-1983, which then led to BACH CANTATA SUNDAYS under the direction of the Society’s cellist, FRED SHERRY. The seven-year cantata series proved instrumental in forming St. Ann’s genre-defying approach to music programming and helped build the reputation of THE ORCHESTRA OF ST. LUKE’S, then a new band.

In 1985, BREAD AND PUPPET THEATER was invited to stage Bach Cantata #4 (“Christ lag in Todesbanden”) as part of the series. By 1988, the program included the American Premiere of JOHN CALE’s The Falklands Suite. The following year, St. Ann’s and BAM instigated the reunion of Cale and LOU REED, founders of the VELVET UNDERGROUND, by commissioning Songs for ‘Drella, their celebrated song cycle in remembrance of Andy Warhol.

Intrigued by the range and ambition of St. Ann’s performances, artists began to take increasing interest and helped to further St. Ann’s international reputation under the leadership of founding Artistic Director SUSAN FELDMAN and Program Director JANINE NICHOLS. In 1989, the idiosyncratic record producer HAL WILLNER brought MARIANNE FAITHFULL to St. Ann’s for a pair of concerts: a retrospective released by Island Records as “Blazing Away” and “definitive” performances as Anna in the Brecht/Weill masterwork, The Seven Deadly Sins (NY Times).

In signature St. Ann’s fashion, The Seven Deadly Sins spawned the sextet, HUDSON SHAD, and the award-winning production of Susan Feldman’s In the Time of the Comedian Harmonists (1992), which went on to enjoy a long life as Band in Berlin co-directed by PAT BIRCH, including a brief stint on Broadway in 1999.

On the occasion of its 10th anniversary, Rolling Stone dubbed St. Ann’s “the guiding light in New York’s avant-rock scene.”

In 1991, Willner and St. Ann’s presented the first of its thematic multi-artist performances, Greetings from Tim Buckley, which introduced the late JEFF BUCKLEY to a wider world, followed by several Halloween programs (Nevermore: Readings from Edgar Allan Poe) and the inspired, sprawling Harry Smith Project in 1999 featuring such eclectic artists as NICK CAVE, VAN DYKE PARKS, RUFUS WAINWRIGHT, THURSTON MOORE, and others.

St. Ann’s has had the blues for a long time! In 1989, The Mississippi Delta Blues Festival featured some rare New York performances. The Piano Blues Who’s Who (1990) explored the rhythmic distinctions of cities between New Orleans and Chicago. A celebration of the Music of the Mississippi Hill Country, featuring LUCINDA WILLIAMS and OTHAR TURNER, among others, was the debut performance at St. Ann’s Warehouse in 2001.

All the while, St. Ann’s has been smitten with puppets. For years, BREAD AND PUPPET THEATER appeared annually. MABOU MINES’ director LEE BREUER staged the first Peter and Wendy at St. Ann’s in 1992. JANIE GEISER, as close to a household name as anyone in puppet theater, was the prime mover behind The Lab, St. Ann’s experimental haven for artists working in puppet theater. The Lab celebrated its 10th anniversary in 2007. Now under the direction of DAN HURLIN and DAVID NEUMANN, The Lab concludes each spring with Labapalooza!, a mini festival of new works developed by Lab participants.

After moving to an old spice milling factory at 38 Water Street in DUMBO shortly after 9/11/ 2001, St. Ann’s substantial legacy has continued as ST. ANN’S WAREHOUSE. Highlighted by memorable performances that meet at the crossroads of theater and rock and roll, the programming is distinguished by multiple collaborations with THE WOOSTER GROUP: To You, The Birdie! (2002), Brace Up! (2003), House/Lights (2005), The Emperor Jones (2006) and Hamlet (2007); RIDGE THEATER’S Jennie Richee (2003), Decasia (2004); JOE STRUMMER’S final New York appearances (2002), DAVID BOWIE (2002), AIMEE MANN (2004); as well as intimate concerts with LAURIE ANDERSON and LOU REED (2002); Oscar Wilde’s Salome: The Reading (2002) with AL PACINO, directed by ESTELLE PARSONS; and the 20th anniversary production of AMY TROMPETTER’S puppet opera, The Barber of Seville (May 2003), conducted by KRISTJAN JÄRVI with ABSOLUTE ENSEMBLE.

In 2004, SAW and Artistic Director, Susan Feldman, were honored by the Village Voice Obie Committee with the Ross Wetzsteon Memorial Award for the development of new work, recognizing St. Ann’s Warehouse as “a sleek venue where its super-informed audience charges the atmosphere with hip vitality.” Productions included MABOU MINES’ reinvigorated DollHouse, directed by LEE BREUER; DAN HURLIN’S lyrical puppet masterwork, Hiroshima Maiden; CYNTHIA HOPKINS’ exciting alt-country opera Accidental Nostalgia, and the highly-dramatic Turning with live video by CHARLES ATLAS and music that has catapulted the inimitable ANTONY of ANTONY AND THE JOHNSONS to worldwide acclaim.