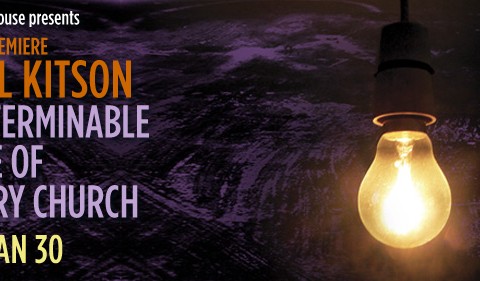 The show to see at the 2009 Edinburgh Fringe Festival, British Stand up comedian and storyteller, Daniel Kitson, brings the story of Gregory Church to St. Ann’s Warehouse for its American Premiere.

Gregory had fifty seven letters to write. He’d never written that many letters, not in one go.  In fact, he’d never written a single letter and it was taking significantly longer than he’d anticipated. He’d started, full of optimism, curiously enough, at 9 am and now here he was 8 hours later half way through letter twenty four. He glanced at his watch and then at the noose hanging over his head.

Had he known how long suicide letters take, he thought, he wouldn’t have cancelled the milk for the morning.

A story of a death postponed by life.

Back to 2010-2011
Unbelievably good.
—The Telegraph
Funny, poignant, richly observant.
—The Scotsman
An ingeniously simple and hopeful piece of work, turning loneliness into communion.
—The Independent