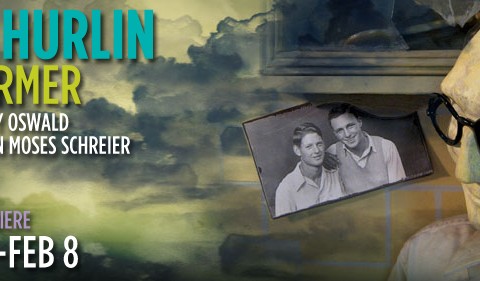 Dan Hurlin, last presented at St. Ann’s Warehouse in 2004 with his award-winning puppet-theater work, Hiroshima Maiden, returns with the World Premiere of Disfarmer. The story is inspired by the over forty-year career (1915-1959) of portrait photographer Mike Disfarmer, who for decades shunned his family and neighbors while operating the only portrait studio for miles around Heber Springs, Arkansas. Using “Table-top puppetry,” an oddly funny text by Sally Oswald and an original banjo score by Dan Moses Schreier, Hurlin’s Disfarmer seeks to create a visceral sense of the photographer¹s interior and exterior worlds, illuminating the contradictions in the life of this American hermit whose intimate and revealing portraiture documented an entire community.

Back to 2008-2009
Hurlin creates beguiling worlds of his own. – With their mix of geekish humor, intellectual inquiry, and alarming frankness they often seem like pint-size versions of the world of Robert Lepage.
—The Daily Telegraph
Hurlin’s virtuosity is an argument for the power of individualism.
—Village Voice