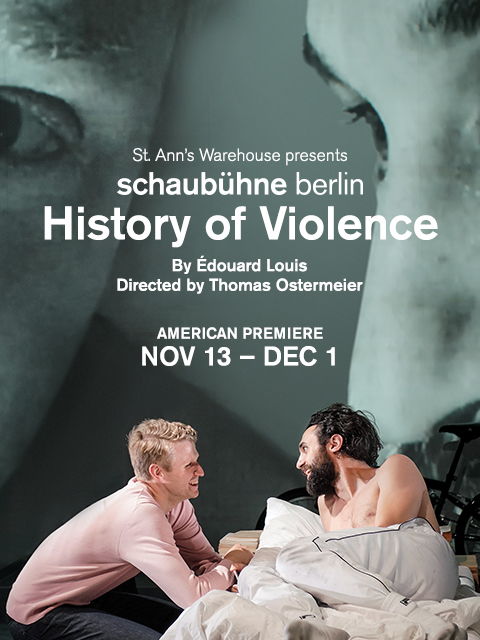 Director Thomas Ostermeier and Schaubühne Berlin return to St. Ann’s Warehouse with Édouard Louis’ searing autobiographical novel. Through the fractured recall of Édouard, his sister, police, and doctors, the “brave and ambitious” (The Guardian) History of Violence reconstructs the trauma of a desire-filled encounter turned violent. A layered retelling that is both devastating and funny, the production uncovers deeply rooted societal racism, homophobia, and rage unbridled, until all that remains is a nuanced, closely guarded memory.

This production is part of a series of events celebrating Édouard Louis in collaboration with BAM, which will present The End of Eddy as part of the 2019 Next Wave Festival. 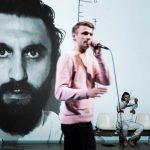 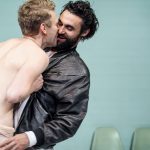 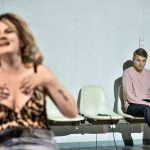 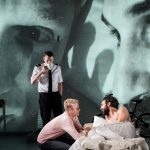 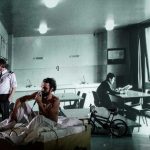 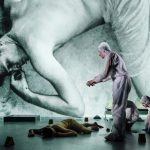 "Elegant and frightening, as interested in seduction as in assault" Read New York Magazine review of History of Violence
READ HERE>>

The Queer as German Folk exhibition honors 50 years of activism and the ongoing struggle for queer liberation, offering German perspectives in relation to the activist scene in the United States. Curated by Birgit Bosold and Carina Klugbauer of the Schwules Museum in Berlin, the exhibition captures moments in German queer movements that caused shockwaves both big and small, from early leather meeting places in Kreuzberg to the feminist scene in East Germany; from the founding of the Network of Black Women in Germany to today’s trans demonstrations. The New York version also includes clips of queer activists describing their “Stonewall Moments,” highlighting both the relevance of queer history and the urgency of today’s struggle.

Queer as German Folk is a project of the Goethe-Institut North America in cooperation with Schwules Museum, Berlin, and Bundeszentrale für politische Bildung (Federal Agency for Civic Education).

Talk with Édouard at BAM Fisher | MON NOV 11 at 7PM
Édouard Louis comes to BAM to discuss the internationally bestselling books at the heart of this fall’s two adaptations: History of Violence, at St. Ann’s Warehouse, and The End of Eddy, presented as part of BAM’s Next Wave festival. This discussion looks to the ways in which Louis’ observations of classism, homophobia, and racism in French society-also addressed in his highly acclaimed non-fiction book, Who Killed My Father, makes the invisible visible on the page and onstage and confronts readers and viewers with searing truths.
Tickets $20 | Tickets: http://BAM.org/talks

VoicesOn Talkback | THURS NOV 14
Following the performance, please join us for a talkback with cast and creatives.

This production was funded by Wunderbar Together: The Year of German-American Friendship. The comprehensive and collaborative initiative is funded by the German Federal Foreign Office, implemented by the Goethe-Institute, and supported by the Federation of German Industries.

This event is part of Brooklyn Falls for France, a cultural season organized by the Cultural Services of the French Embassy and FACE Foundation in partnership with Brooklyn venues.