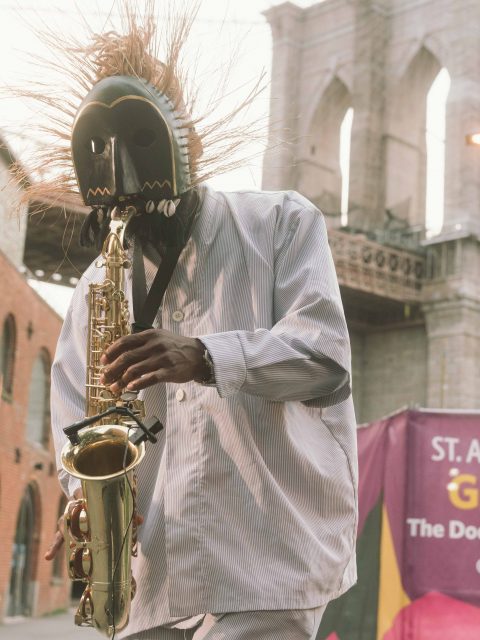 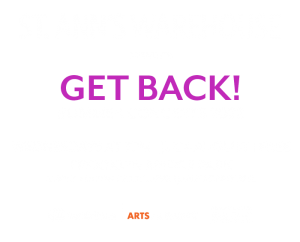 For the third summer in a row, we are pleased to announce the return of our free outdoor concerts, Get Back! in Brooklyn Bridge Park.

Get Back! is a series of live concerts by world-class musicians, sending artists back to work and bringing live music to people strolling or hanging out in Brooklyn Bridge Park.

ODE TO THE BLACK FIDDLER 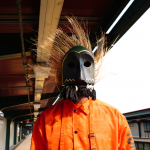 Eli Fola is a Nigerian-born, New York and Los Angeles-based, multi-disciplinary sound artist, saxophonist, DJ, and producer. He is the creator and pioneer of the live-hybrid set “Yoruba Tech Soul”, an innovative fusion of AfroHouse, techno, jazz, and classical music. He is often regarded as a saxophone genius and branded with the visual art world due to his powerful imagery that showcases Afrohouse and spirituality in a modern context.

Eli Fola’s first introduction to house music and techno was his discovery of Osunlade and Jeff Mills. Fela Kuti was also a huge inspiration growing up, as Eli mixed Afrobeats and highlife music with traditional Nigerian genres. This colorful blend of artistry and style grew the backbone of his signature sound.

Eli’s innovative style and sonic identity caught the attention of Grammy-winning powerhouses Swizz Beatz and Alicia Keys, who booked Eli for a private event at their home, and featured him at their No Commission event in Miami. Eli has shared the stage with icons like ASAP Rocky, Lil Wayne, and 2 Chainz, and has performed alongside other major artists including Black Coffee, Pablo Fierro, and Audiofly. As a film score composer, he has been commissioned to work on projects for Vogue Italia and Free The Works, including collaborations with brands like Soho House, Bacardi, ArtNews, and ArtBasel. Eli was also a 2017 TED Talks speaker and performer, presenting his talk focused on how music can be used to reconcile and highlight differences in culture and identity.

In 2016, Eli Fola founded Tech Afrique, an independent label, events, and cultural platform that promotes Afrofuturist ideas. Growing with large success, Tech Afrique keeps a progressive pulse on the culture, serving as a buzzing platform to release music and showcase upcoming DJs and producers around the world. With a special focus on the historically underrepresented BIPOC community, the label has successfully released three EPs and curated a sizzling event series across New York City and Tulum, Mexico that highlights the magic of his multicultural artistry. 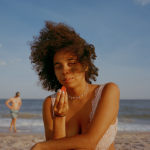 duendita is a band from Queens, New York. They write and produce their own music, imbuing it with a reverence for their ancestry, community, and faith. Flowing in various shapes and formations, duendita is a living collaborative project made with family and friends across mediums and cities. 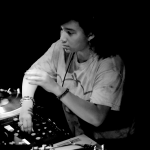 nicole misha (she/they) is a Black Feminist DJ, producer, and artist born and based in Brooklyn, NY. nicole “travels the spaceways” in her sets – unbound to genre or category. Some of her favorite bands are Drexciya, Yellow Magic Orchestra, and JPEGMAFIA. On and off the dancefloor, nicole misha uses all media to assert her freedom and the freedom of her people. In her words, “We can only get HIGHER!” 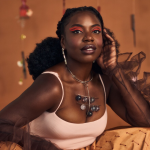 Melanie Charles is a Brooklyn-born singer, songwriter, bandleader, producer, actress and flautist of Haitian descent, with a creative fluidity spanning jazz, soul, experimental and roots music. Charles was raised by a Haitian mother in Brooklyn where the sound waves in their home were filled with artists like Johnny Hodges, Frank Sinatra, Chaka Khan, Anita Baker, John Coltrane and Nat King Cole. As a teen, she attended the famed LaGuardia High School for the Performing Arts where she studied flute and vocals. Eventually, she landed at the School of Jazz and Contemporary Music at The New School where she met artists like singer, songwriter and record producer Jesse Boykins III and alto saxophonist Lakecia Benjamin.

Charles’ genre-bending style has been embraced by a wide range of artists including Wynton Marsalis, SZA, Mach-Hommy, Gorillaz and The Roots. Throughout her career she has remained committed to making music that pushes listeners to consider new possibilities, both socially and politically. “Make Jazz Trill Again,” a project that she launched in 2016, demonstrates her allegiance to everyday people, especially the youth and is focused on taking jazz from the museum to the streets. Earlier this year, Charles’ Tiny Desk (Home) Concert debuted on NPR Music, who proclaimed, “Melanie Charles takes us on a journey that embodies the soul of jazz: exploration.” 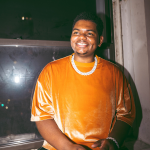 Zacchae’us Paul is a native of Atlanta, Georgia. During his high school years, he excelled in the chorus and Jazz band. He has toured the US and Canada with Puerto Rican singer-songwriter “ILE” and has worked with “Music in the Park ATL” music festival from 2015 till present day. In 2017 he started his own festival called “Come Back Jazz Festival”. After high school, he studied Latin music in San Juan, Puerto Rico at Conservatorio de Música de Puerto Rico, Universidad Interamericana de Puerto Rico and now Full Sail University in Winter Park, Florida. In late 2017 he founded a company entitled “WETHEHANG LLC”. With this company, he started monthly jam sessions and midnight shows with his big band that featured local artists/bands. Inspired by the likes of The Black Panther Party and Marvin Gaye, Paul self-released his debut EP “TWLG” in late 2016, followed by a few singles in 2017 thru  2019, such as GMM, Autumn Leaves, Might Not Get it, Hadiya’s Idea and Colored Girls World.

ODE TO THE BLACK FIDDLER 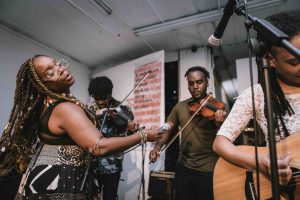 Known for its high-caliber and diverse programs, Ode to the Black Fiddler (OBF) showcases the artistry and versatility of professional string performers of color while engaging the local community and empowering the next generation of music makers.

As part of the Get Back! Summer Concert Series, OBF will feature dynamic string performances by La Lulu and Lee England Jr. as well as sounds by DJ Sunny Cheeba. Learn more about our featured artists below and catch the full lineup of performers at the OBF Music Festival on Saturday, August 20, 2022 at the Bronx Brewery. 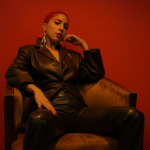 SUNNY CHEEBA is a multi-dimensional creative, weaving her passions of DJing, farming, and plant alchemy–her life’s work. Liberating the land by day and the dance floor by night, Sunny’s mission involves uplifting the mind, body, and soul.
@sunnaay | sunnycheeba.com 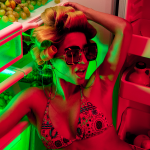 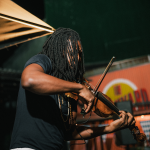 Endorsed by Michael Jordan, signed by Quincy Jones, and supported by the likes of Sean “Diddy” Combs, LEE ENGLAND JR. has paved a unique path as a violinist. Although he is classically trained, he is claimed as “The Soul Violinist” because of his stylistic blend of R&B, hip-hop and soul. In addition to his mastery of this instrument, he adds viola, cello, bass, guitar, drums, piano and voice to his arsenal of sound.
@leeenglandjr | leeenglandjr.com 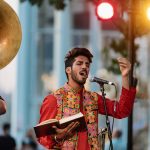 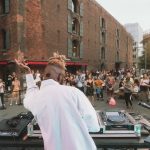 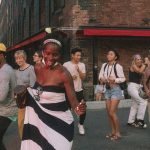 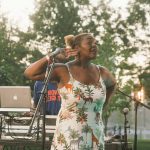 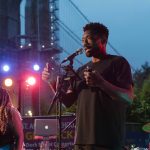