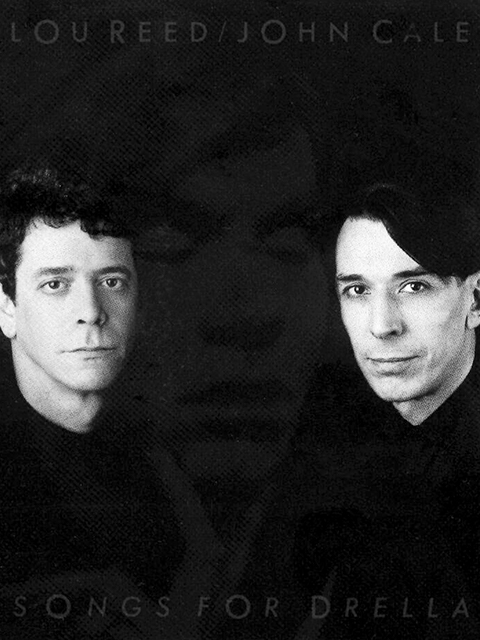 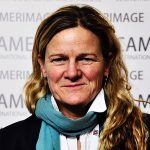 Ellen Kuras, ASC is an Academy Award-nominated, two-time Emmy Award-winning director and cinematographer whose visionary, eclectic work has made a significant mark in cinema and television. She is the unprecedented three-time winner of the Award for Excellence in Dramatic Cinematography at the Sundance Film Festival, for the films Swoon, Angela, and Personal Velocity. She has also garnered numerous nominations for Emmy and Independent Spirit Awards for cinematography as well as directing.

Widely regarded as a pioneer among women cinematographers, Kuras is known for her visually stunning work on Michel Gondry’s Eternal Sunshine of the Spotless Mind (2004) and Ted Demme’s Blow (2001), and has collaborated with directors including Martin Scorsese, Spike Lee, Sam Mendes, Jim Jarmusch, Errol Morris, and Rebecca Miller. She was nominated for an Academy Award and a Spirit Award for her first film as a director, The Betrayal — Nerakhoon, which won the Primetime Emmy for Exceptional Merit in Documentary Filmmaking.

Kuras has directed some of television’s most lauded series, such as “Ozark,” “Legion,” “The Umbrella Academy,” and the limited series “The Night Of” and “Catch 22.” She will next direct Kate Winslet in Lee, a film about the model-turned-photojournalist Lee Miller. 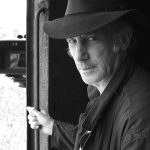 Lachman garnered Academy Award nominations for his work on the Todd Haynes features Carol (2015) and Far from Heaven (2002) and an Emmy Award nomination for his work on Haynes’ HBO miniseries “Mildred Pierce” (2011). At Cameraimage, the most significant festival for cinematographers, he has received the Golden Frog for Carol, the Silver Frog for Far from Heaven, and the Bronze Frog for I’m Not There (2007), in addition to winning the director/cinematographer Golden Frog Award. Lachman is the only American to receive the prestigious Marburg Camera Award in Germany, and he won the British Society of Cinematographers Award for Carol. He has won the American Society of Cinematographers Lifetime Achievement Award, the Telluride Medallion Award, the Gotham Tribute Award, the prestigious Angenieux ExcelLens in Cinematography Award at Cannes, and, last year, The Golden Camera 300, the highest honor at the Manaki Brothers Film Festival, the oldest cinematography festival in the world.

Lachman is also an accomplished visual artist who has had installations, videos, and photography exhibited at The Whitney Museum of American Art, MOMA, The Ludwig Museum in Germany, and many other museums.

Cale and Reed are “Masters of making simplicity eloquent.” —THE NEW YORK TIMES

In 1989, John Cale and Lou Reed reunited for the first time in years to pay tribute to Andy Warhol, their longtime friend, and collaborator. The result was Songs for Drella, a song cycle recounting the pop artist’s life. The title borrows John and Lou’s affectionate nickname for Warhol — a combination of Dracula and Cinderella. The performance contains all the passion that had brought the two together and driven them apart in their notorious split from the Velvet Underground nearly two decades before. The arresting cinematic document of this landmark musical event was shot by Academy Award-nominated cinematographer Ed Lachman (Carol). It captures the Cale/Reed connection — and their connection to Warhol — at close range. Songs for Drella now returns at a time when it can once again offer healing and inventiveness in the face of grief.

Songs for Drella was co-commissioned in 1989 by BAM and Arts at St. Ann’s, as the organization was then known, and premiered at its original home in St. Ann’s Church in Brooklyn Heights. It was performed and filmed later that year at the BAM Opera House as part of the Next Wave Festival. Inspired, drummer Moe Tucker and guitarist Sterling Morrison joined Lou and John for a European Velvet Underground Reunion tour in 1993. The film was produced by Channel 4 Television Corporation | Sire Records Group 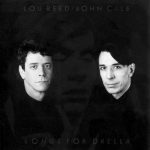 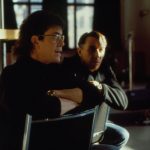 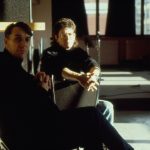 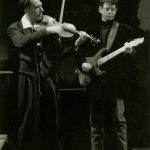 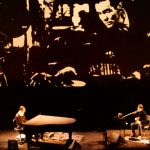 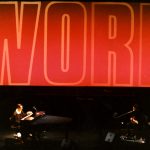 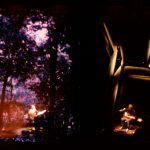 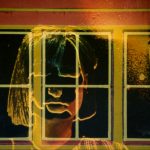 Songs for Drella, A Tribute to Warhol
—THE NEW YORK TIMES

Recalling A Pop Artist And a Friend
—THE NEW YORK TIMES

While Unable to Welcome Audiences Back Inside Its Brooklyn Waterfront Theater, St. Ann’s Streams Two of Its Most Acclaimed Legacy-Productions-Turned-Films, for Free

St. Ann’s Warehouse presents films of two landmark St. Ann’s theatricalized concerts that were also key moments in rock music history: John Cale and Lou Reed’s Songs for ‘Drella – A Fiction, co-commissioned with the Brooklyn Academy of Music and shot by Academy Award-nominated cinematographer Edward Lachman (Carol) in 1989; and Lou Reed’s Berlin, directed by Academy Award nominee Julian Schnabel (The Diving Bell and the Butterfly), who also helmed the 2006 staged production at St. Ann’s Warehouse that was shot for the film by veteran rock cinematographer Ellen Kuras (Spike Lee’s film of David Byrne’s American Utopia, Martin Scorcese’s No Direction Home: Bob Dylan, Dave Chappelle’s Block Party). The screenings give home-bound audiences access to two performances that helped establish St. Ann’s reputation, over four decades, as a producer and champion of major new works at the intersection of theater and rock and roll. This presentation is offered free of charge and will include newly programmed, contextualizing live conversations.

The genesis of the double feature followed the tragic loss of music producer Hal Willner to COVID-19 this past April and the public response of St. Ann’s audiences to the organization’s virtual tribute to him. It occurred to Artistic Director Susan Feldman “that this was a moment to share our prodigious history with many who don’t know it. What began in our original home, the Church of  St. Ann & the Holy Trinity, with John and Lou, Hal, Marianne Faithfull, Aaron Neville, Jeff Buckley, and others awakened our theatrical sensibilities, established lasting artistic relationships, and shaped our identity in DUMBO ‘at the crossroads where theater meets rock and roll.’ In the pandemic, we only wanted to stream professional films of live productions that also speak to who we are now. Producing Songs for ‘Drella and Lou Reed’s Berlin Live, two films by artists about art, define the daring, transgressive tone of what St. Ann’s Warehouse eventually became.”

Songs for ‘Drella – A Fiction

John Cale and Lou Reed’s Songs for ‘Drella is an intensely personal tribute to pop artist Andy Warhol, their longtime friend, collaborator, and former manager. The project reunited Cale and Reed for the first time since their notoriously acrimonious split as founders of the pioneering rock band the Velvet Underground two decades earlier. Their reconnecting, and the work they created in Songs for ‘Drella, had all the passions that had brought the two together and driven them apart in the first place.

The song cycle proceeds chronologically through Warhol’s life, with poignant post-mortem reflections on his death, expressed in Reed and Cale’s raw, literary lyrics and emotionally charged rock music. Rolling Stone has described the work as a “shining, tense merger of visions” that rendered Warhol as only those with a close relationship with him could, as “both immediate and mythic.” Its title borrows John and Lou’s nickname for the iconic artist—an affectionate combination of Dracula and Cinderella.

Songs for ‘Drella was co-commissioned by Arts at St. Ann’s with BAM in 1989 and premiered at its original home in the Church of St. Ann & the Holy Trinity in Brooklyn Heights. It was performed and filmed later that year at the BAM Opera House as part of the Next Wave Festival. The reconciliation of Cale and Reed inspired drummer Moe Tucker and guitarist Sterling Morrison to join them for a European Velvet Underground Reunion tour in 1993. Ironically, this screening precedes a documentary about the VU, by Todd Haynes, currently in production.

Director Ed Lachman, who went on to garner wide acclaim as the keen-eyed cinematographer of films by Todd Haynes, Todd Solondz, and Steven Soderbergh, captures the Cale/Reed connection—and their complex relationship to their late friend and mentor—at close range, along with the rich visuals projected on the stage, designed after Warhol by Jerome Sirlin.

‘Drella now returns at a time when it can once again offer healing and beauty in the face of grief. The film is produced by Channel 4 Television Corporation | Sire Records Group.

After Songs for ‘Drella, Reed continued to be a regular at St. Ann’s in the Church and the new St. Ann’s Warehouse in DUMBO. At Susan Feldman’s urging, in Berlin, he returned to a project that had long been a cult favorite but had also been a source of both pride and painful disappointment for him. He had recorded the Berlin album in 1972, when he was at a peak in his solo career, having just released Transformer, which included the Top 20 hit “Walk on the Wild Side.” Expectations were high that Reed would achieve another big commercial success, but, instead he delivered a gorgeously dark concept album about drifting, tormented addicts in love, broken-hearted and self-destructive, on the outskirts of a divided city.

Although now widely recognized as a masterwork, Berlin was panned by critics, and Reed, deeply wounded, put it away without ever performing it live in full. That is, until St. Ann’s Warehouse and the Sydney Festival’s Fergus Linehan joined forces to fulfill Reed’s dream: to produce a staged concert of the album. Reed’s friends and passionate Berlin devotees Hal Willner and Julian Schnabel signed on, as Music Director and Director, respectively, from the first major decision: that Reed would himself perform the central role on stage.

The World Premiere at St. Ann’s Warehouse—five sold-out performances—was an ecstatic, late-career triumph for Reed, captured on film by the great rock cinematographer Ellen Kuras. Reviewing the concerts for The New York Times, Jon Pareles wrote, “Berlin was less startling but no less ambitious or, in the end, touching. The music stayed rightfully at center stage: close to the album’s original arrangements, but with more room for guitar solos, more clarity and the immediacy and dynamics of a concert. Mr. Reed wasn’t revisiting his songs as oldies or artifacts; he was reinhabiting them.”

Schnabel’s film was edited by Benjamin Flaherty, produced by John Kilik and Tom Sarig for Matador Films, executive produced by Stanley Buchthal, and distributed by Third Rail Releasing. When it was released theatrically in 2008, Stephen Holden, in a Critic’s Pick review for the Times, called it “a grimly majestic concert film.”

Songs for Drella is free to watch on-demand, no registration required.