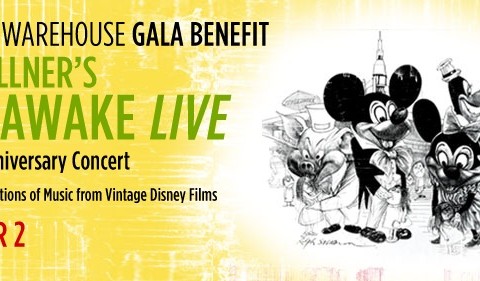 “A fascinating look at a massively influential and little explored treasure trove of music.”– All Music Guide

St. Ann’s Gala 2008 will feature a concert celebrating the 20thAnniversary of the release of Stay Awake, record producer Hal Willner’s historic compilation of music from the Vintage Disney Songbook. First presented last summer at the Meltdown Festival in London, Stay Awake has never been performed live in America. Best known for a groundbreaking series of multi-artist tribute albums interpreting the work of composers such as Nino Rota, Kurt Weill and Thelonious Monk, Willner (often imitated, neverduplicated) set out to match surprising material with extraordinary musicians from the nether regions of pop, rock, jazz and the avant garde, all thrown together to brilliant effect. Stay Awake Live is an amalgam of the bizarre and the familiar, performed by a soon-to-be-announced spectrum of enticing artists. As Meltdown director Jarvis Cocker described this eclectic mix of enchanting, somber and, at times, sardonic adaptations of tunes from The Jungle Book, Snow White, Dumbo, Alice in Wonderland, Pinocchio, etc.: “Love ‘em or hate ‘em, if you leave the theater without having shed a tear you’re something less than human.”