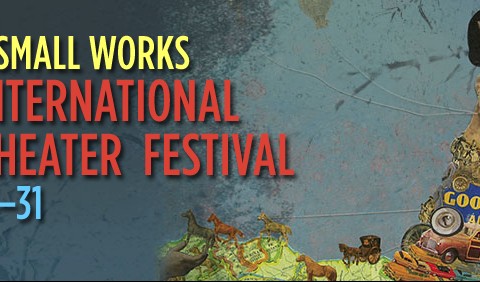 With a stunning spectrum of theater miniaturists from around the world, around the country and around the block, Great Small Works celebrates the revival of the nearly-extinct, intricate 19th Century theatrical form of toy (or “paper”) theater. A wonderful array of new, experimental and traditional toy theater productions take over all of St. Ann’s Warehouse for ten days, with miniature performance arenas in every corner, toy theater workshops for all ages, and a Temporary Toy Theater Museum with exhibits of historic, vintage and contemporary toy stages throughout the Warehouse.

Back to 2007-2008
[Great Small Works has] breathed new, pointed life into the form of toy theater.
—Ross Wetzsteon of The Village Voice