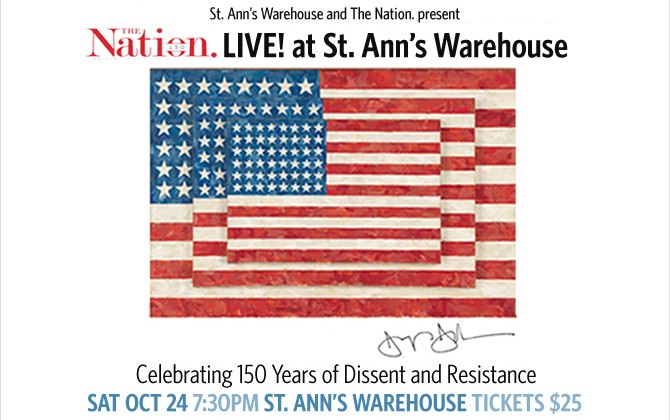 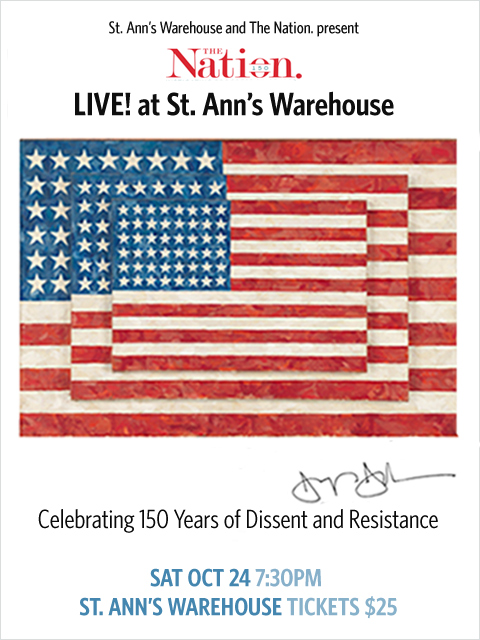 The Nation. LIVE! at St. Ann’s
Celebrating 150 Years of Dissent and Resistance

This year marks the 150th anniversary of The Nation, one of the oldest magazines in America. Since 1865, The Nation has been shifting paradigms, broadening discourse and instigating progress as an outspoken voice on politics and culture.

In celebration of this historic anniversary, St. Ann’s Warehouse is proud to present a live magazine experience featuring a tour through America’s hidden history of resistance and a look ahead at what the promise of today’s social movements may hold.

Don’t miss this singular opportunity to experience the magazine that Harry Belafonte says “has brought to the table of human need a menu of truth.” All audience members receive a free copy of The Nation’s 268-page commemorative anniversary issue.